@mentions in TalkJS are here!

You can now mention any participant in a conversation by typing @ followed by their name. Once you've typed the at-symbol, a menu will come up so you can quickly select the person you're looking for. 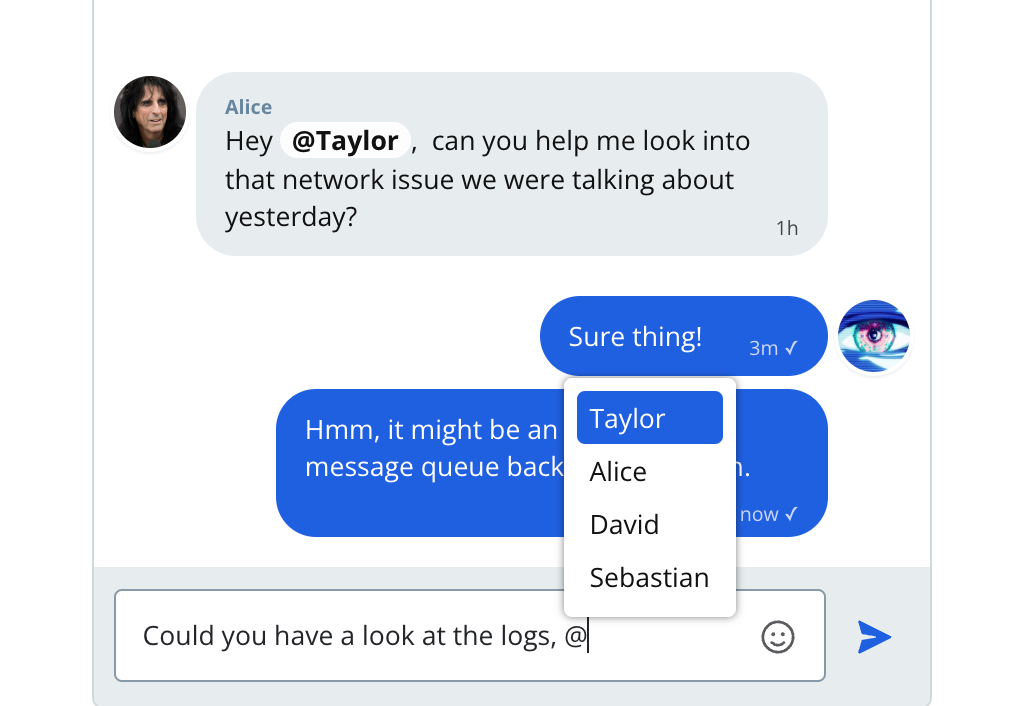 With the addition of mentions also comes a new option for notifications. When adding/updating a participant to a conversation, you can now set the "notify" option to "MentionsOnly" to only be notified when someone mentions the user. You can learn more about the different notification settings in our documentation on participants.

New Additions to the JavaScript SDK

Note that both methods still open the confirmation dialog, so the user can confirm or cancel sending the message.

These libraries are defined as peer dependencies rather than dependencies since they contain native code and currently, React Native does not auto link transitive dependencies.

The new version of the notifee library also eliminates the need to add the local maven repository manually to your project. You can remove the section below. (Your app will still build and run if you don't remove it)

TalkJS lets you build a chat feature in hours instead of months. 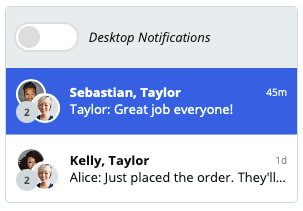 Webhooks: message.deleted added to the webhooks list in the dashboard. 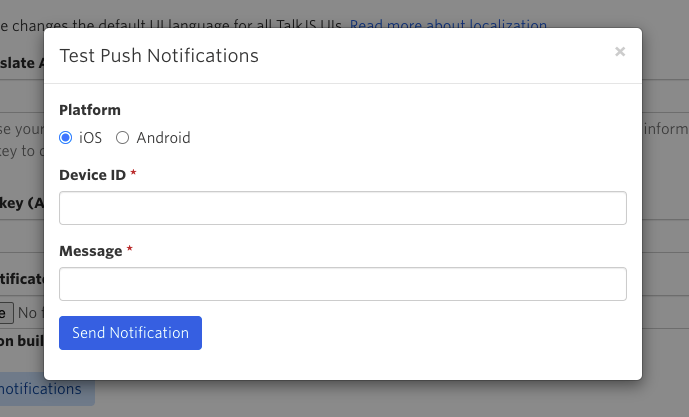 Android Push Notifications: Priority changed to high, which helps apps that aren't running in the background.

Emojis 😲: Updated to include newer emojis.

Added: You can now run TalkJS on a custom subdomain (eg chat.yourcompany.com). This way, no network requests go to talkjs.com at all. (Enterprise plan only - get in touch if you're interested).

Fixed: on("conversationSelected") to correctly fire when the conversation is selected.

Fixed: Certain characters were incorrectly encoded for real-time message translations
Fixed: Removed unnecessary dependancy for the JavaScript SDK
Fixed: A bug which would cause the single-conversation embeddable view from working correctly at times